This abstract series of digital drawings explored the hidden structure and geometry in art, architecture and design. The series began after reading Geometry of Design: Studies in Proportion and Composition by Kimberly Elam. The book focuses not only on the classic systems of proportioning, such as the golden section and root rectangles, but also on less well known proportioning systems such as the Fibonacci Series.

Starting in the early 2000s, while I was mostly creating design work for Volkswagen I began “tracing” the vehicles in my layout software (then QuarkXPress). For a period of time this became a bit of a hobby (tracing various objects and then creating graphic/colorized/linework versions of them). I would then output the tracings in inkjet—onto canvas and then occasionally frame them. I traced chairs, turntables, cars, appliances, buses and famous western paintings. And in a weird way, at the time these were all attempts for me to understand and “decode” design. These framed prints were sold at local air fairs and given to friends and family.

To my surprise one of these compositions, of a Volkswagen New Beetle, took third place in Strathmore’s 2004 Digital Media Art Contest. Then, one of my abstract renderings of the Mona Lisa, which I created almost exclusively out of golden section rectangles and squares directly informed my dynamic media project MetaPieces in 2015. 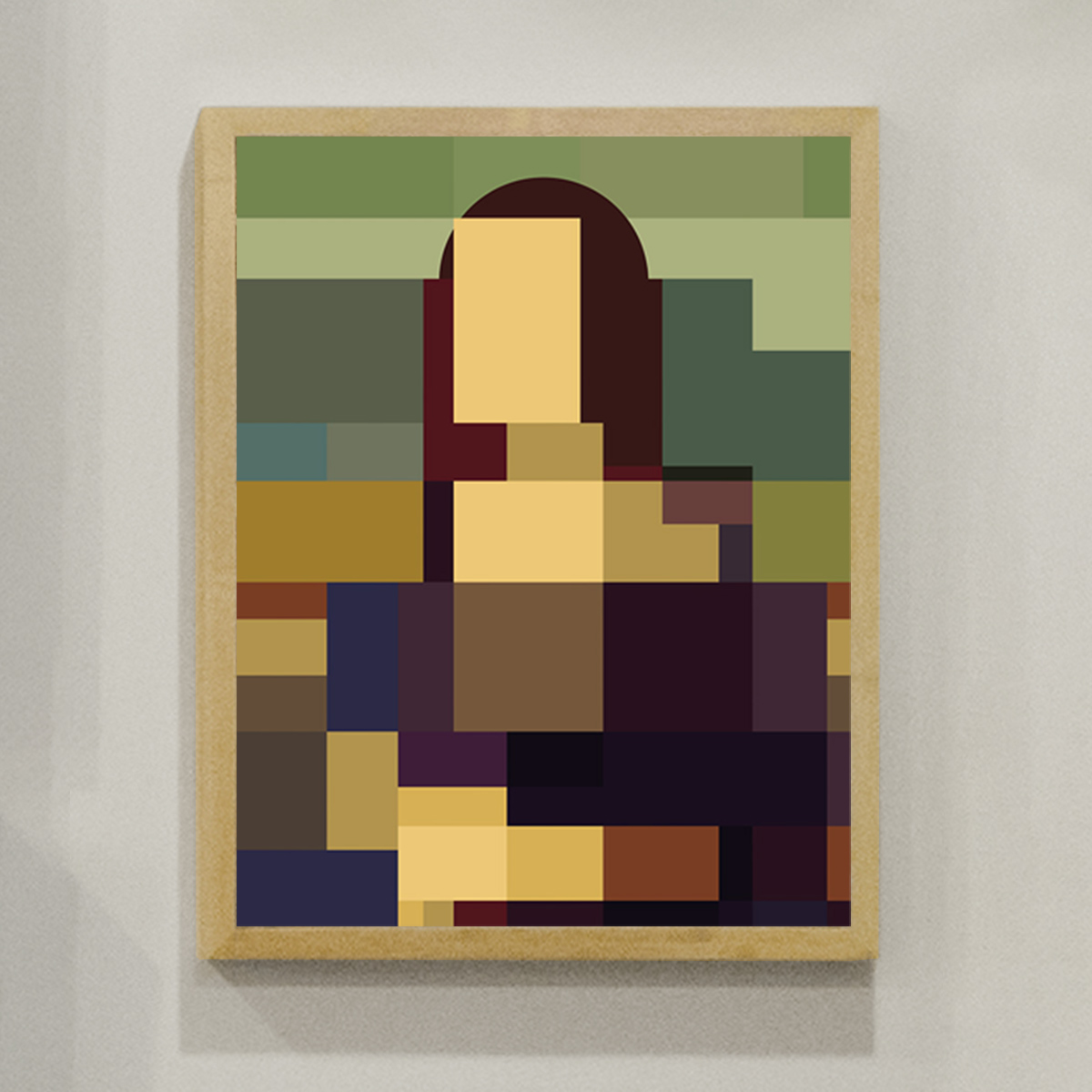