The Color Piano Project was an experimental system of audiovisualizations that I developed as part of my undergraduate senior degree project in Graphic Design at Massachusetts College of Art and Design. This research culminated in several visualizations used to prototype and demonstrate ideas centered around dynamically applying the color spectrum to musical notes—whereby the color spectrum is applied to one octave and each note is represented by a single dedicated color and whereby tints and shades of those colors represent the higher and lower octaves of those notes. Vertical height represents the volume of the note, and the motion design of the colored bar indicates the attack and decay of the note.

This project included a research paper, the composition of original music, and a series of sample visualizations and detailed diagrams. The research paper explored the history and evolution of visual music, color organs, synesthesia, and was one of my first true journeys into the interdisciplinary—as the paper and project required deep understanding of both music theory and color theory. In 2010 the project was leveraged in the design and development of Color Piano Theory a web-based interactive application created and maintained by Michael Deal. Then in 2020, ROLI, the digital keyboard company founded by Roland Lamb launched LUMI Keys, an electric keyboard with illuminated colored keys—and accompanying app (LUMI App). Nearly twenty years after my undergraduate project, which was prototyped using Adobe Flash, the LUMI system is bringing many these interactive and interdisciplinary concepts to fruition in the service of music education—within a growing category interaction design best described as learning experience design (LxD). 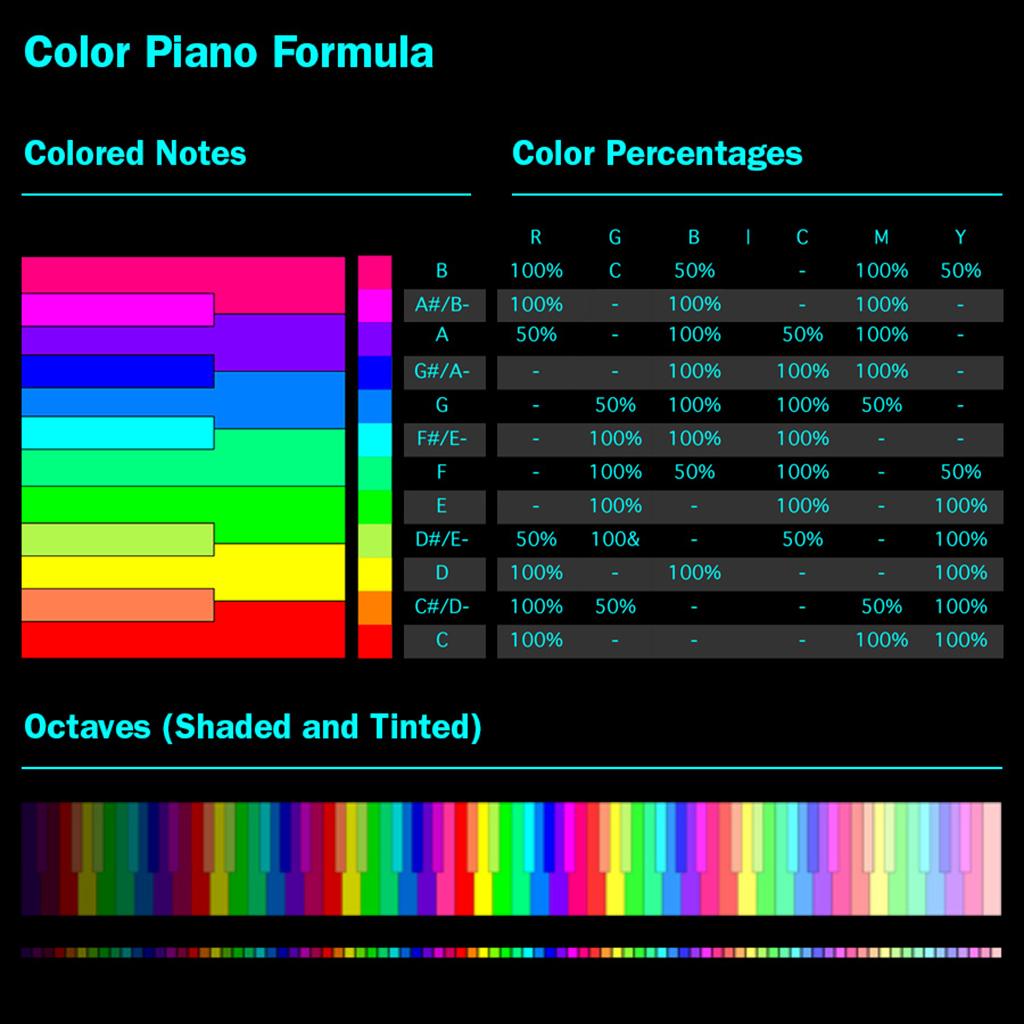