As a volunteer designer on the planning team for AIGA Boston’s 35th Anniversary Celebration, I was asked to develop promotional material for event attendees. These included a tote bag and notebook. Since 1984, AIGA Boston has advocated for design, not only as a professional craft but as a vital cultural force. For AIGA Boston’s 35th Anniversary Celebration, the chapter and local design community come together to celebrate and reflect upon this milestone of local design history.

The event was held on Thursday, November 21st, 2019 in Downtown Boston. Several AIGA Boston leaders—past, present, and future gave opening remarks including Marc English and Paul Montie. The creative direction, branding, and design for the event were led by Grace Abe, Amy Parker, Marisa Bohlmann, and several others. According to Bohlmann, the use of old school 1980s objects and was meant to remind us that, “change is ever present.”

In early 2021 I was asked to join AIGA Boston’s Board of Directors where I would began serving as Co-Director of Membership. 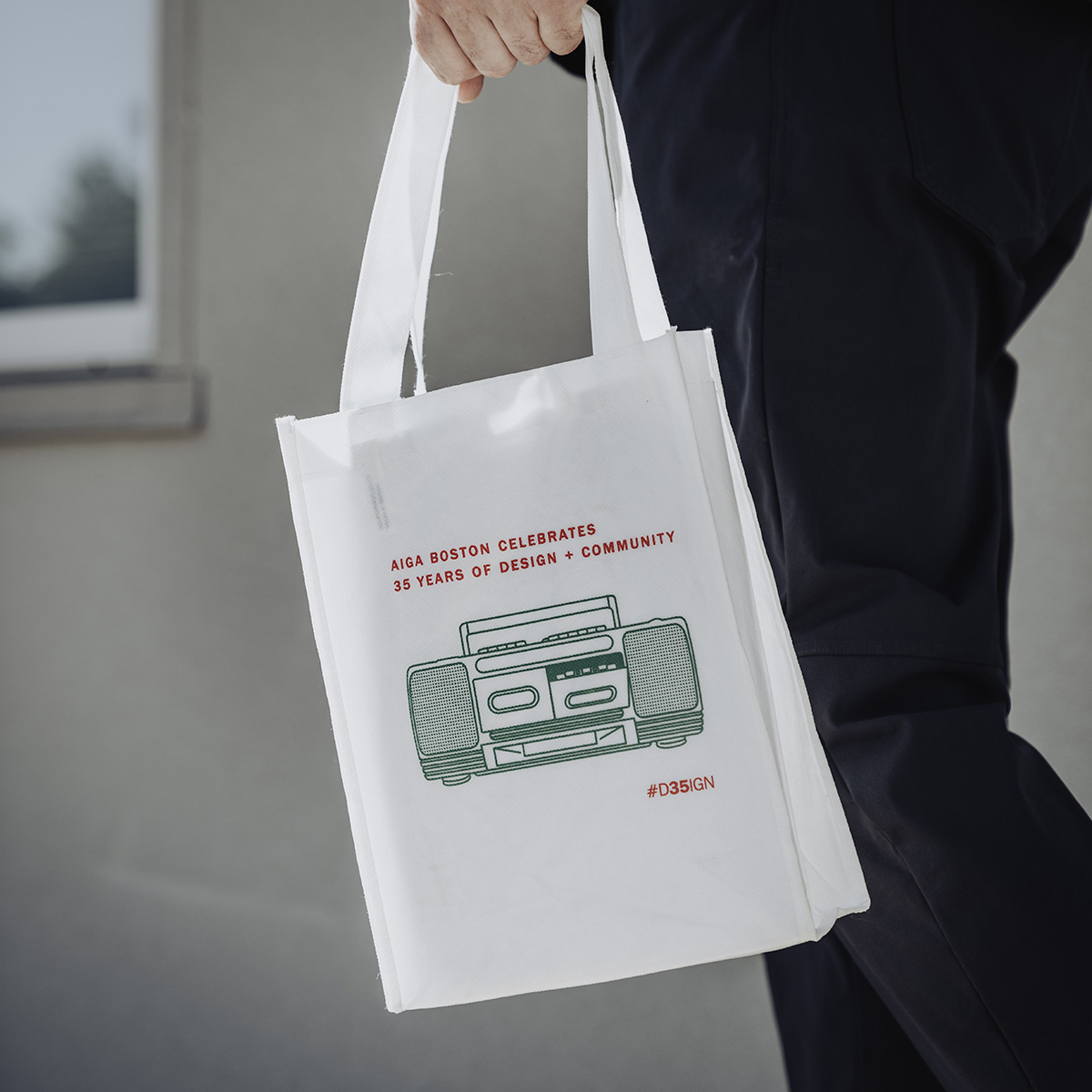 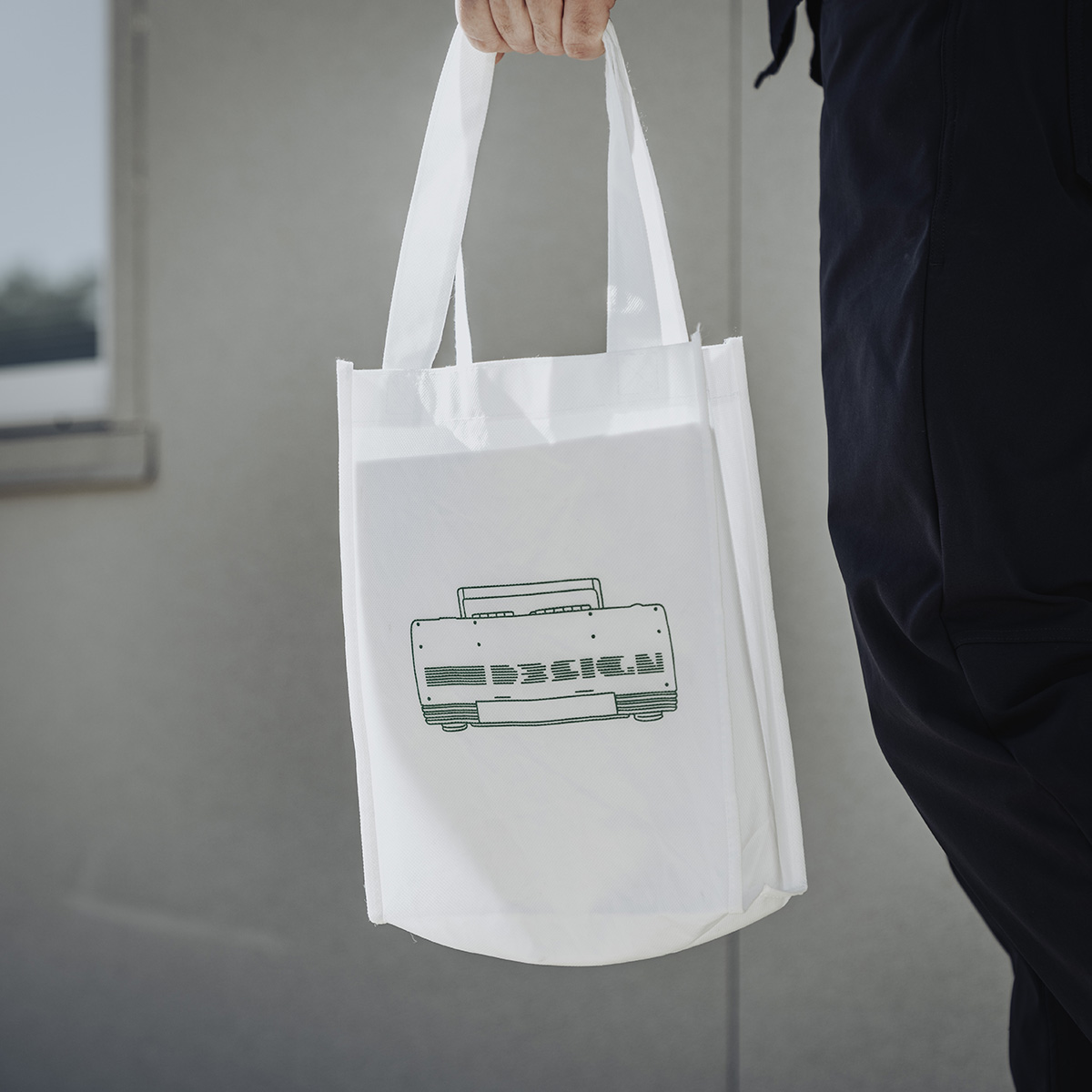 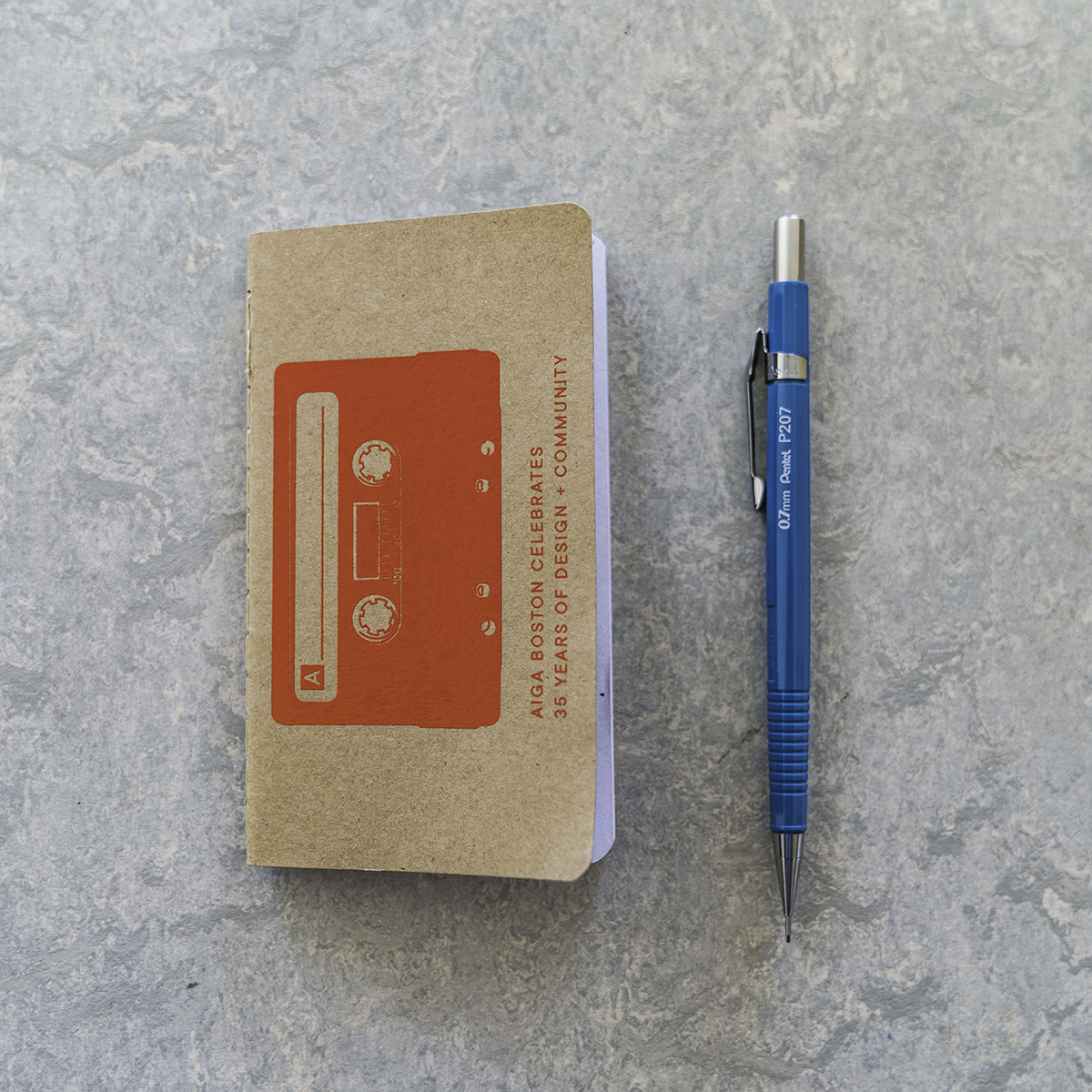 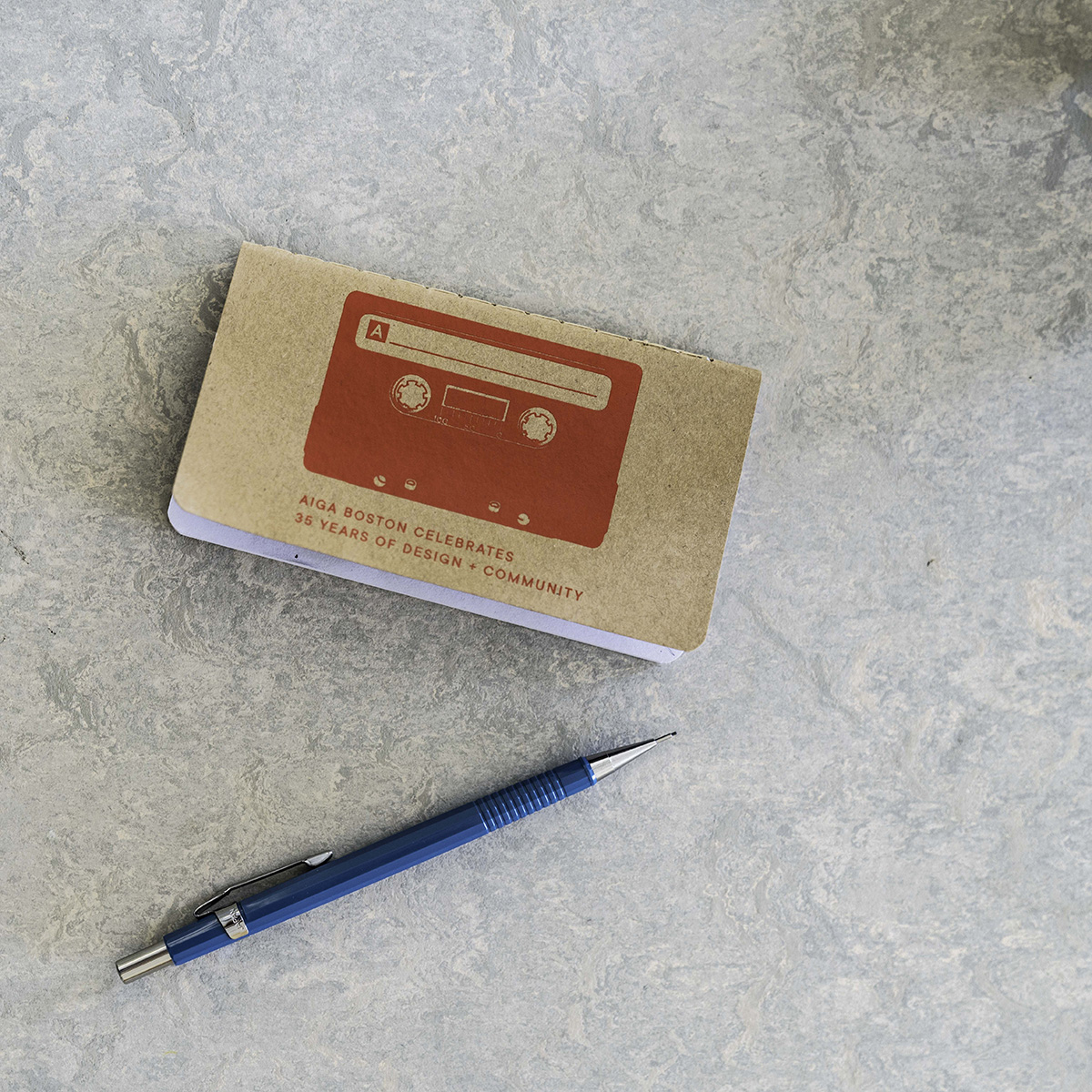 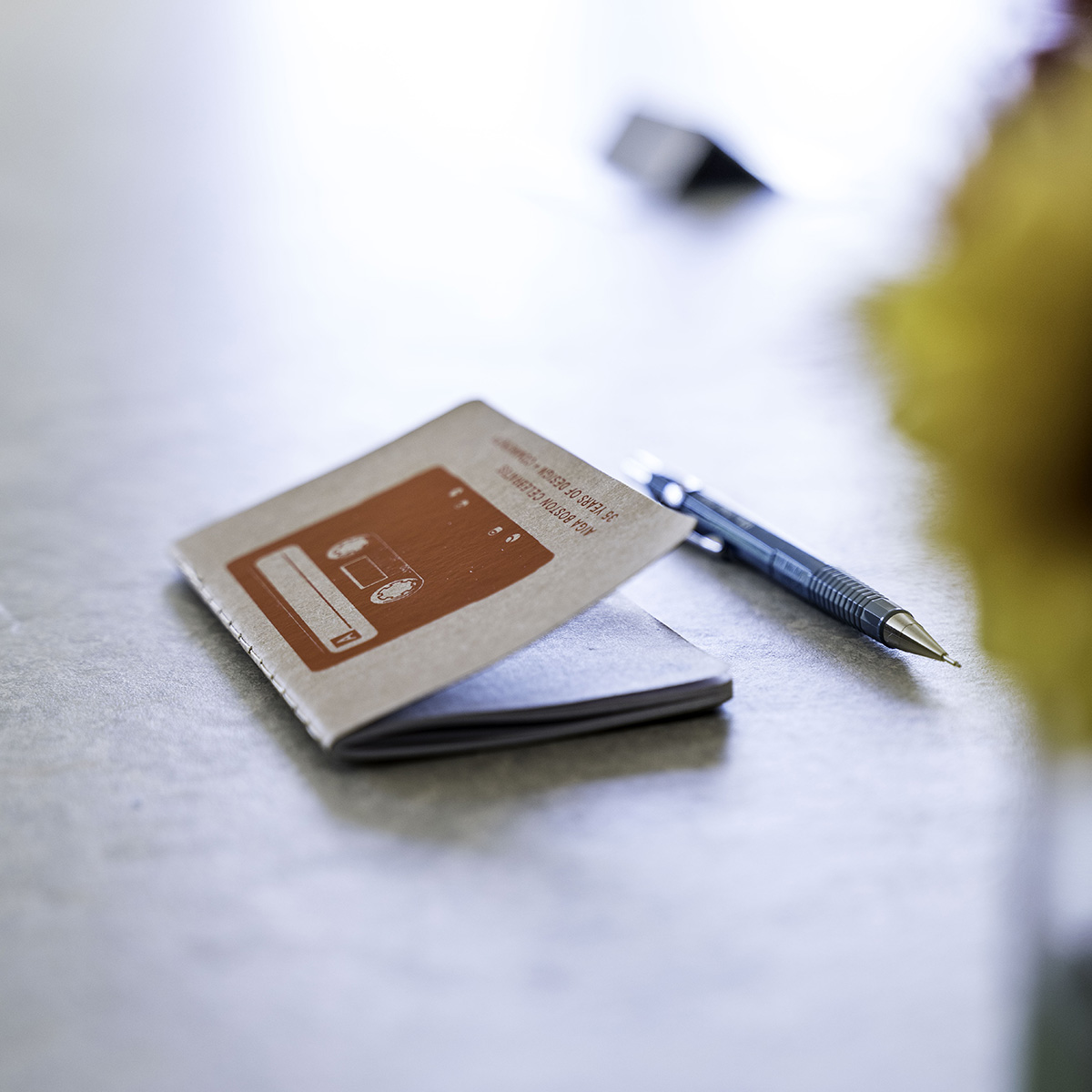 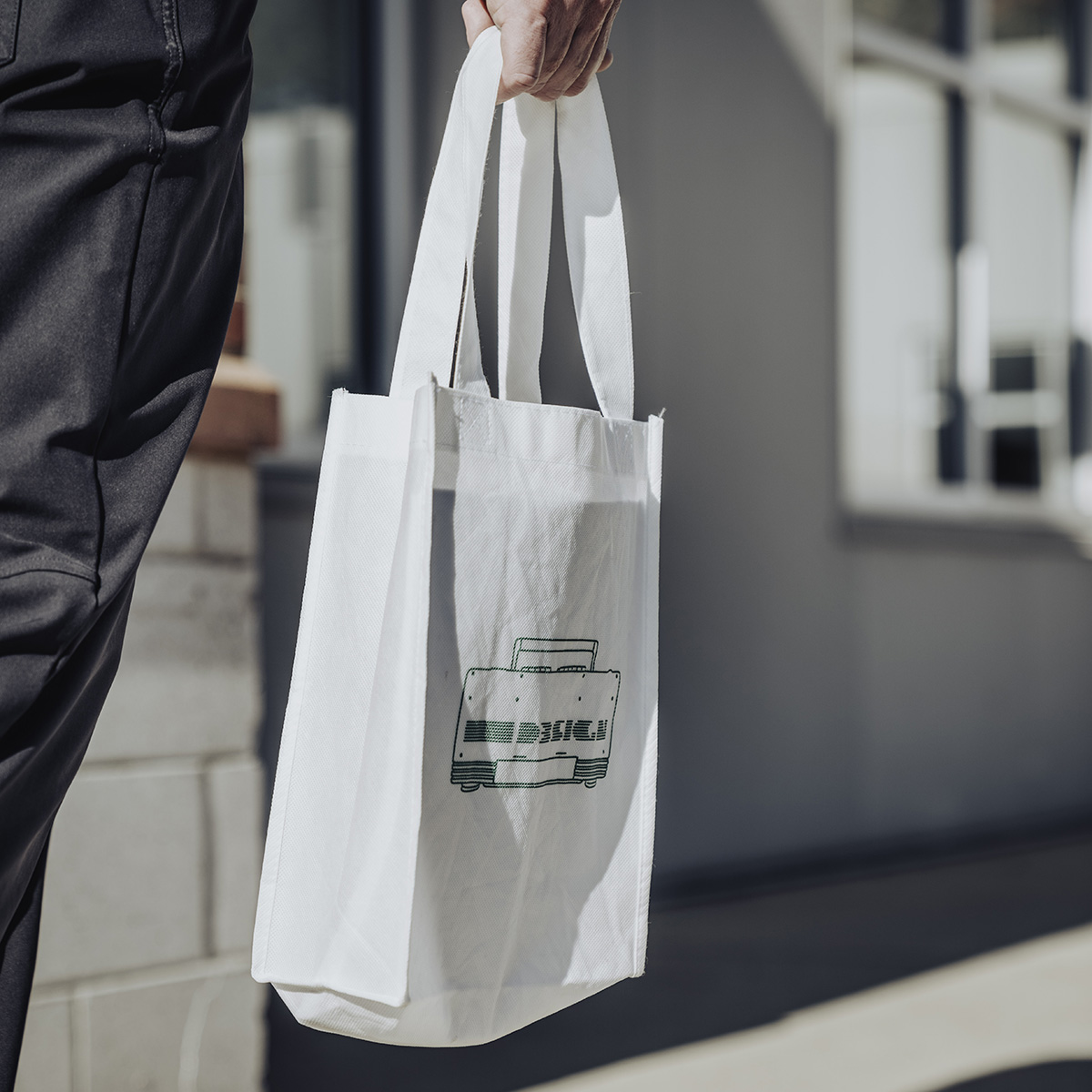