In May of 2021, the Boston-based arts organizer/activist Luisa Harris approached Dan Vlahos Design with, what was at the time just the seed of an idea—the possibility to develop, promote and organize a newly formed arts festival in Boston’s Mission Hill neighborhood. Dan Vlahos Design was asked to create a logo/identity and comprehensive visual branding toolkit for the Festival.

Harris planned to promote the event through social media and with posters, flyers, stickers, and banners placed around the neighborhood. The final identity and branding concept that was developed represented an abstract flower with vivid colors inspired by summer gardens in New England. The typeface “Arya” designed by Vicente Lamónaca provided an urban, energetic and international voice to the many promotional and typographic pieces. Since 1985, Lamónaca has lived in Montevideo, Uruguay. He has a Degree in Graphic Design from the University ORT Uruguay where he has been teaching since 2000.

The debut season of the Arts Festival was highly successful and featured both musical and visual arts components many of which sold out. As this highly diverse and densely settled urban neighborhood began to reemerge after the Covid-19 pandemic the arts festival added a necessary diversion and outdoor arts destination. 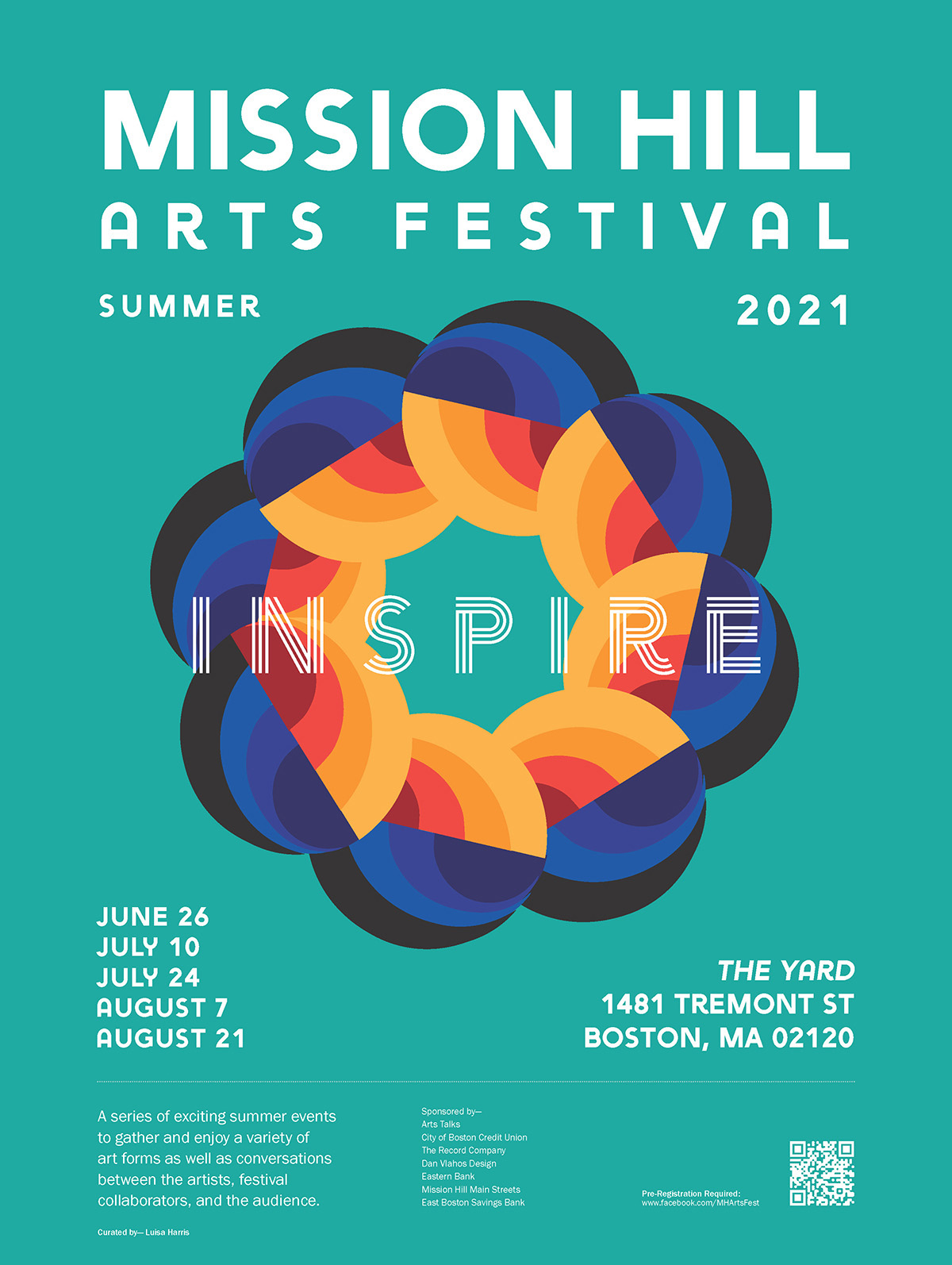 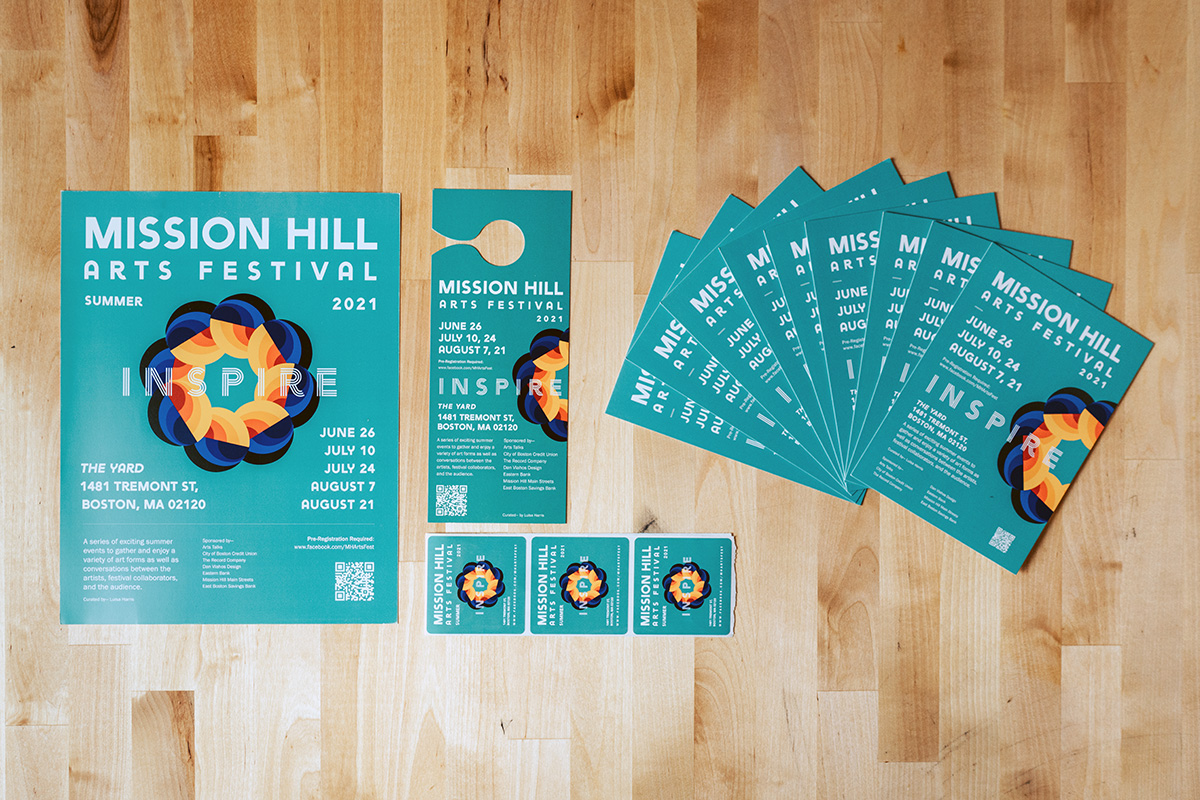 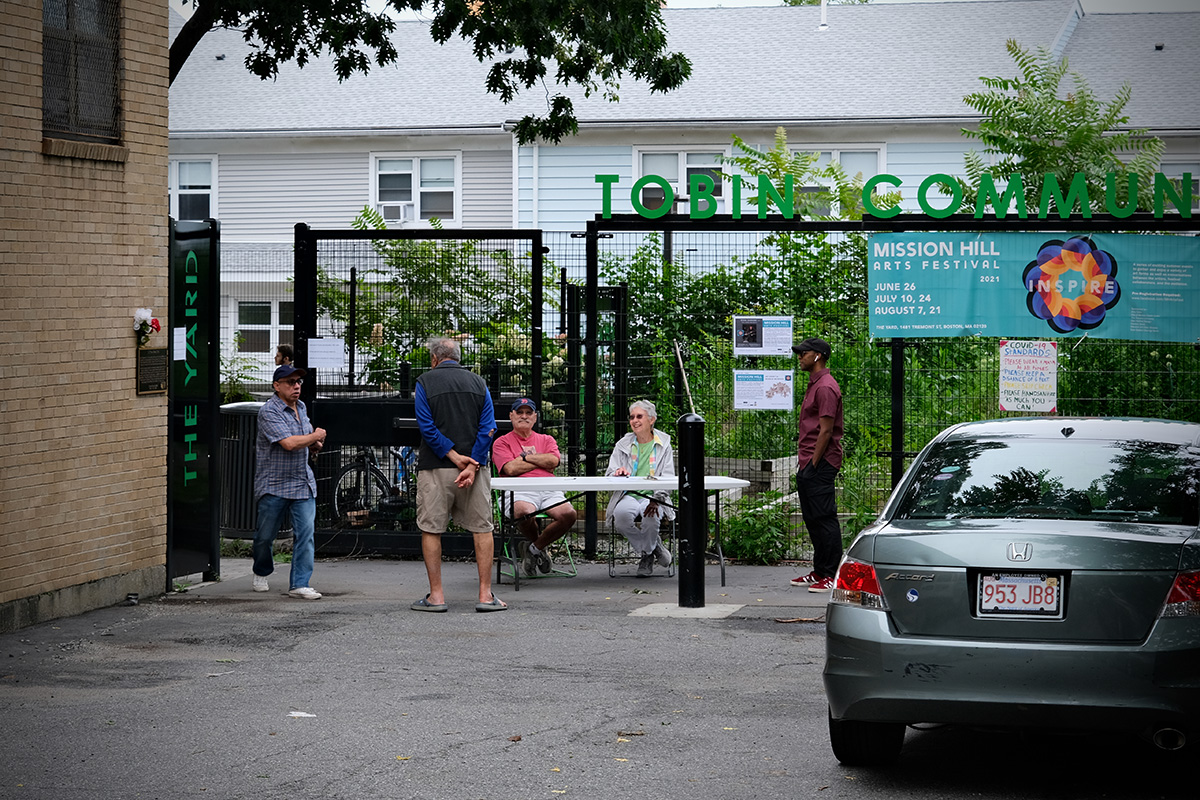 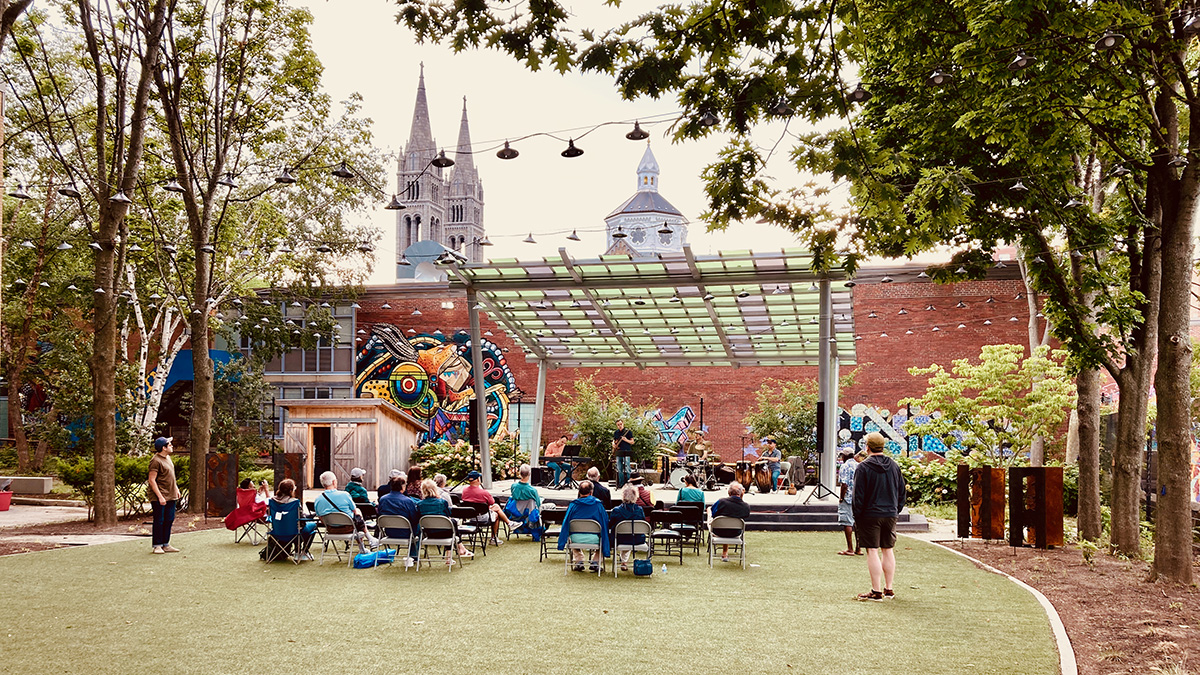 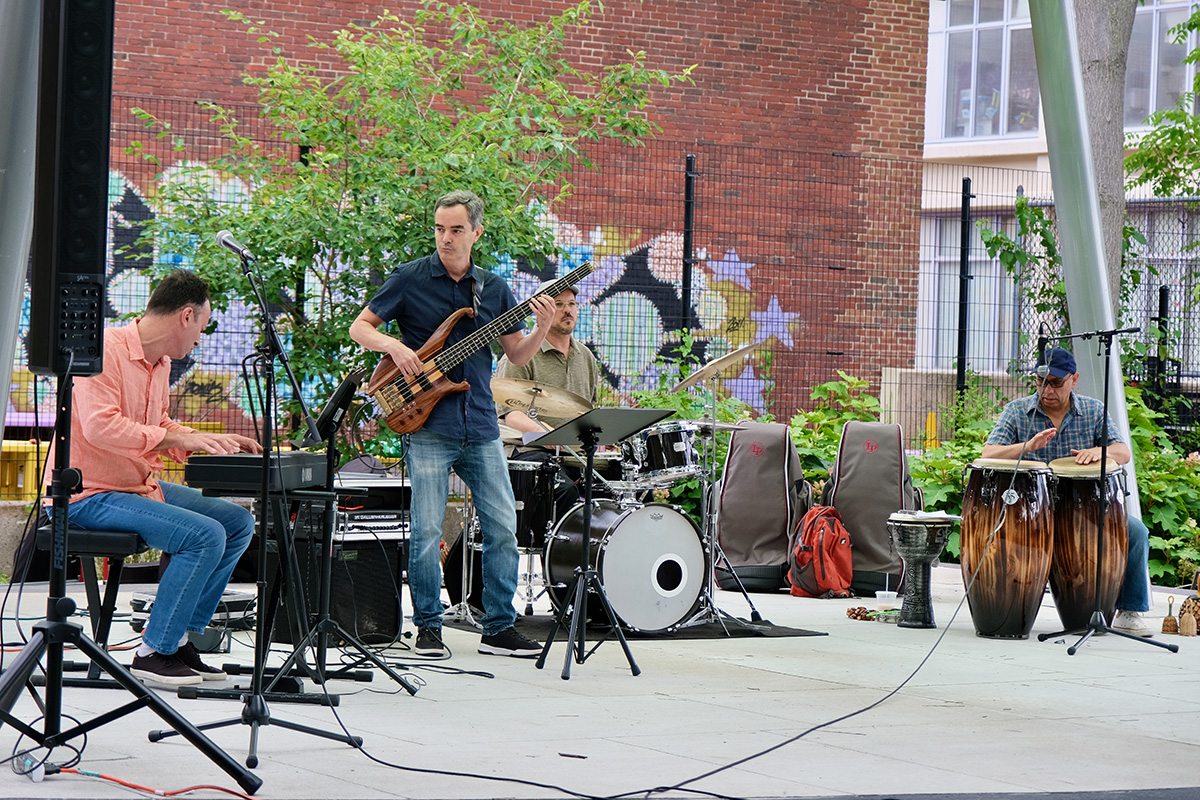 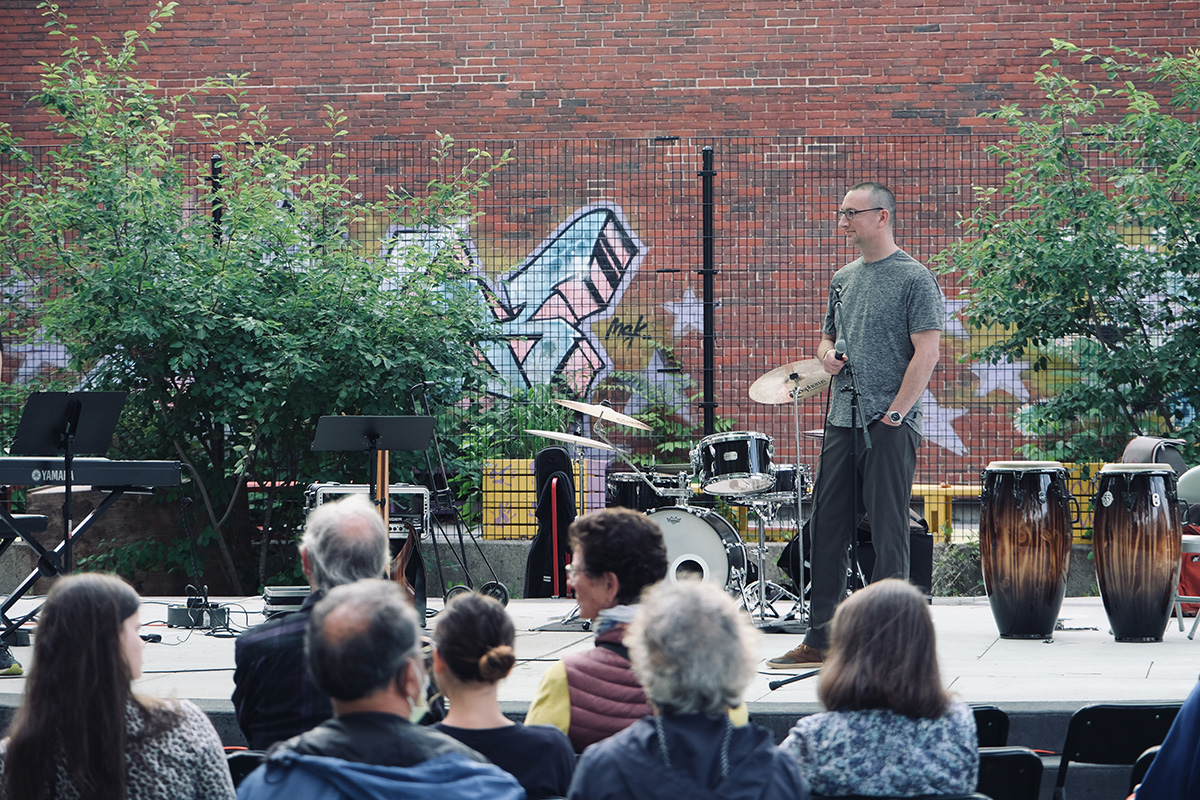 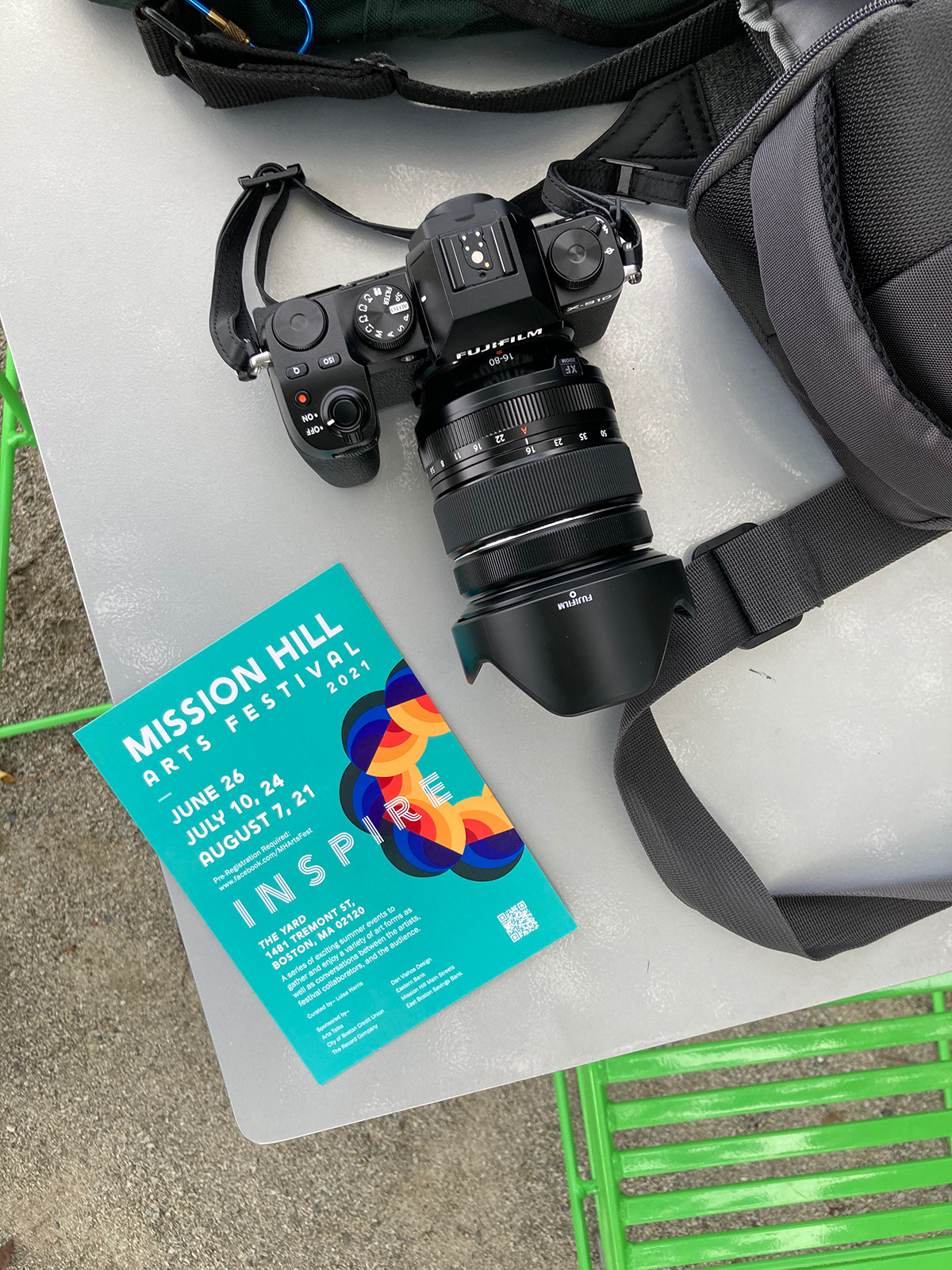 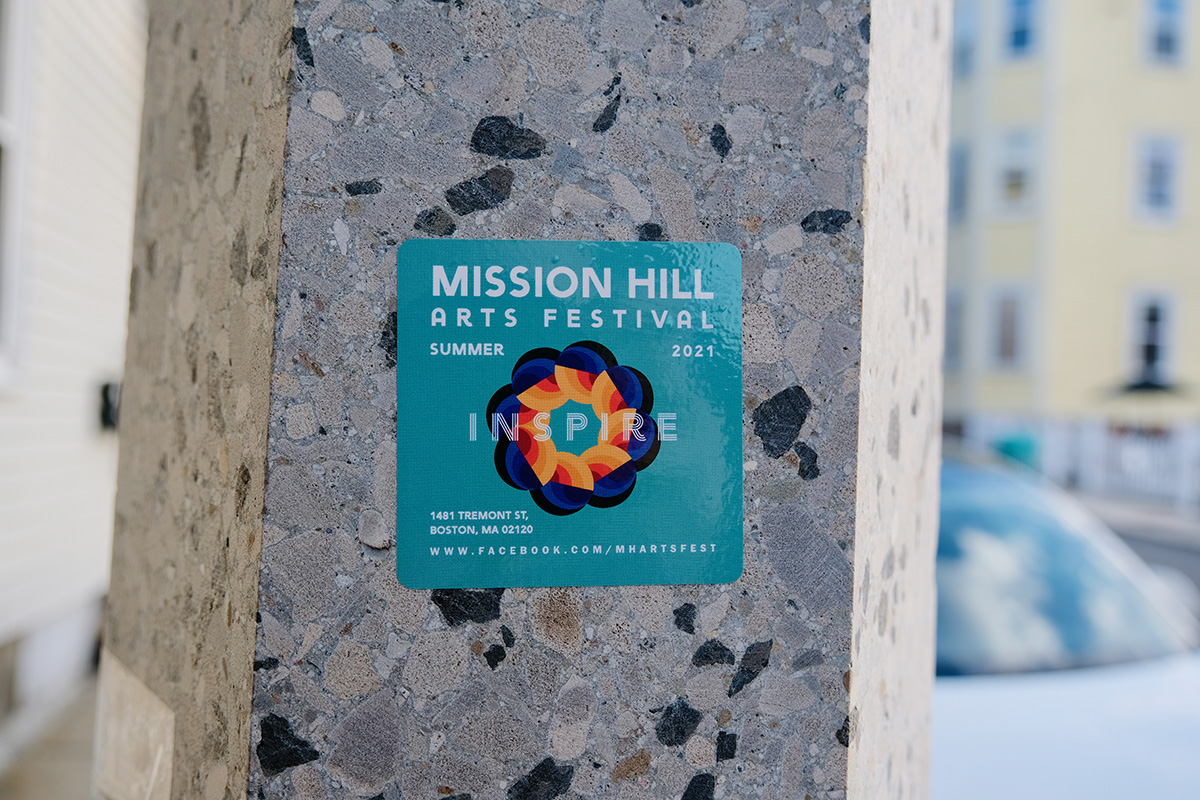