When Harvard sought an identity for its newly formed Innovation Labs it became clear early on that first and foremost it needed to be welcoming. The identity also needed to be flexible enough to support the highly diverse, interdisciplinary mission of the labs. The labs welcome students and entrepreneurs from all across the University, from the local community, and visitors from around the world.

On a fast-track schedule I developed a series of concepts that we presented on a spectrum of “Harvard” to “Un-Harvard.” For instance, on the far end of the spectrum we presented the bold idea to disguise the entire building as a boutique hotel (inspired by the Boston urban apparel store Bodega) and on the near end were concepts that used more traditional academic iconography such as the Harvard seal. The “Hi” icon sat somewhere in the middle. The icons resembles app icons, such as the ones used by Adobe for its Creative Cloud apps. We quickly fell in love with such a welcoming symbol for “Harvard innovation.” The “Hi” icon on the buildings facade is nearly 8 feet square. Months after the building opened I received an email from Harvard informing me that school children—as their school buses drove by were waving “Hi” back at the building. 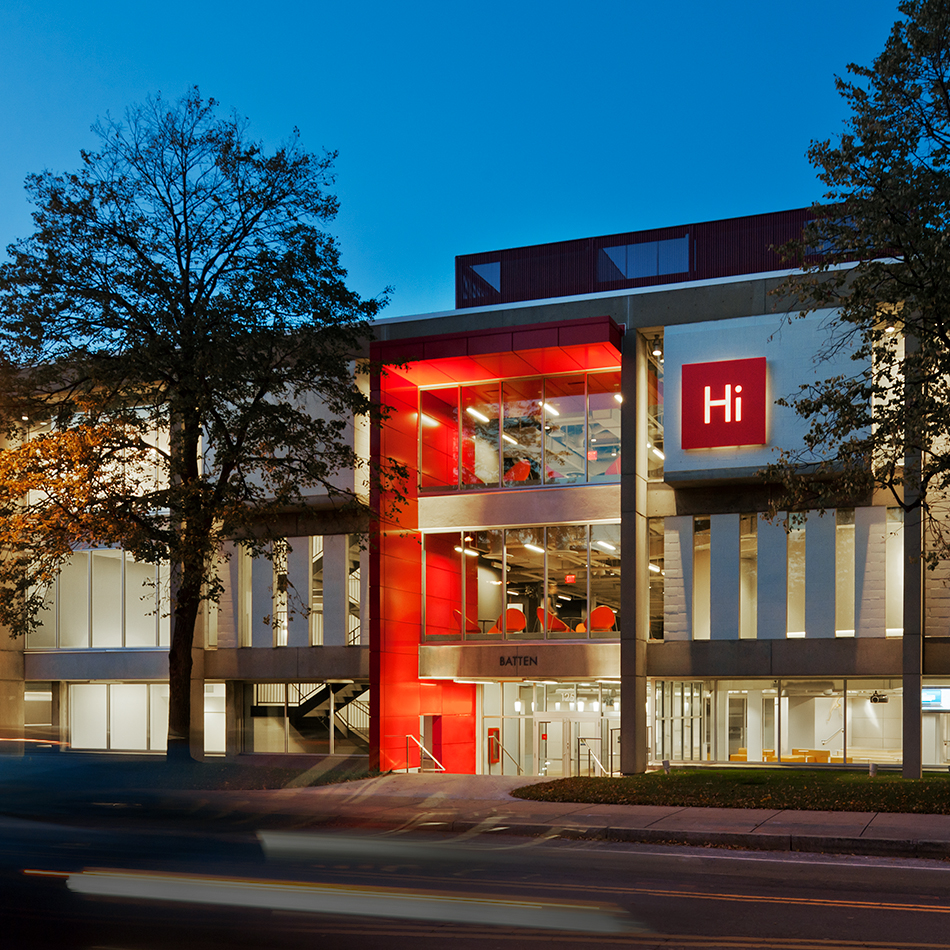 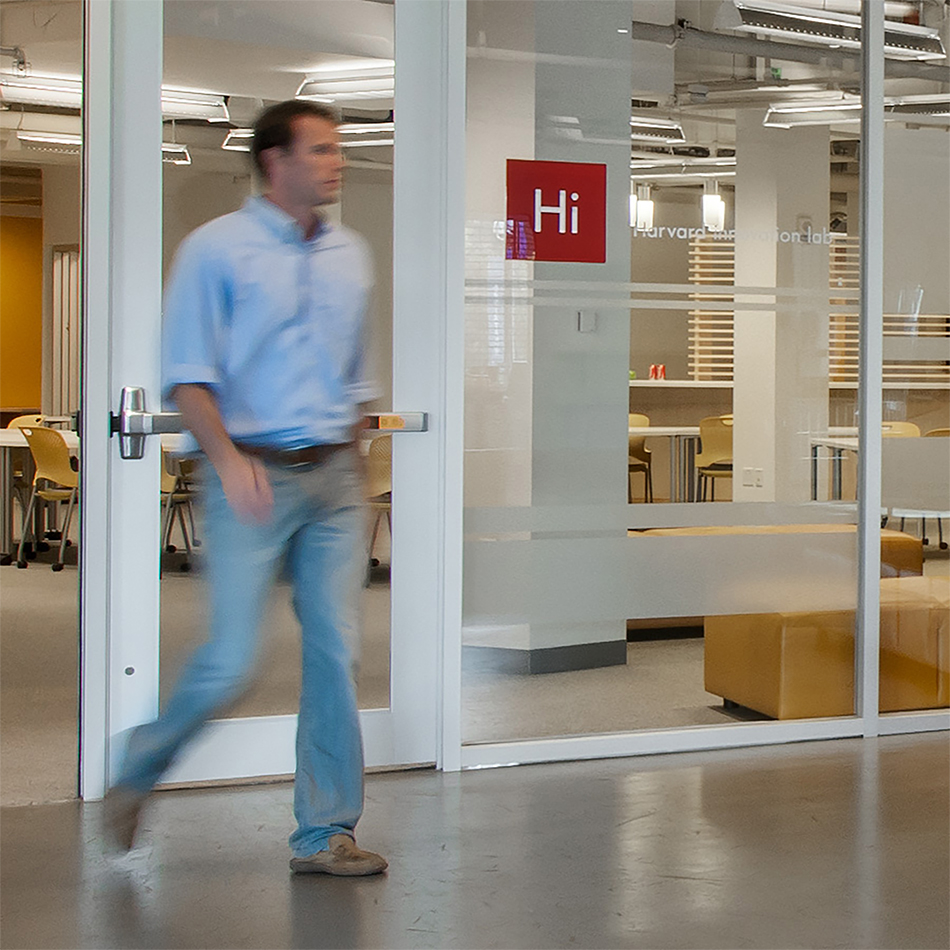 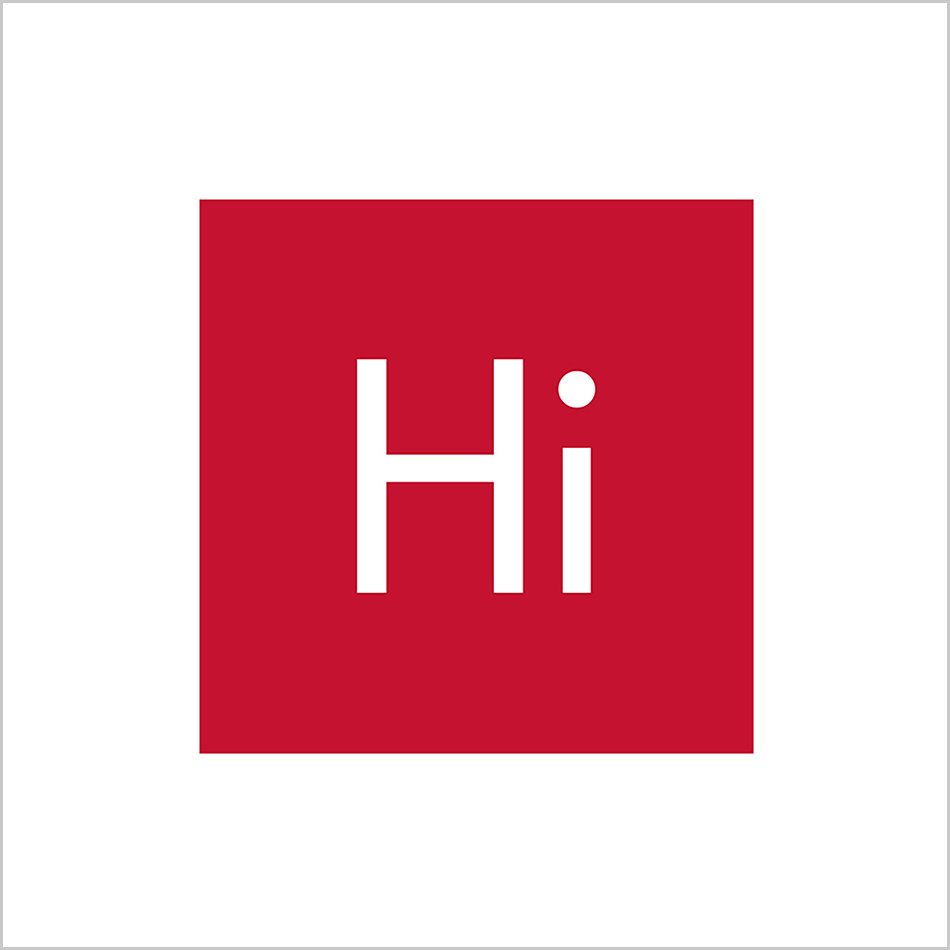 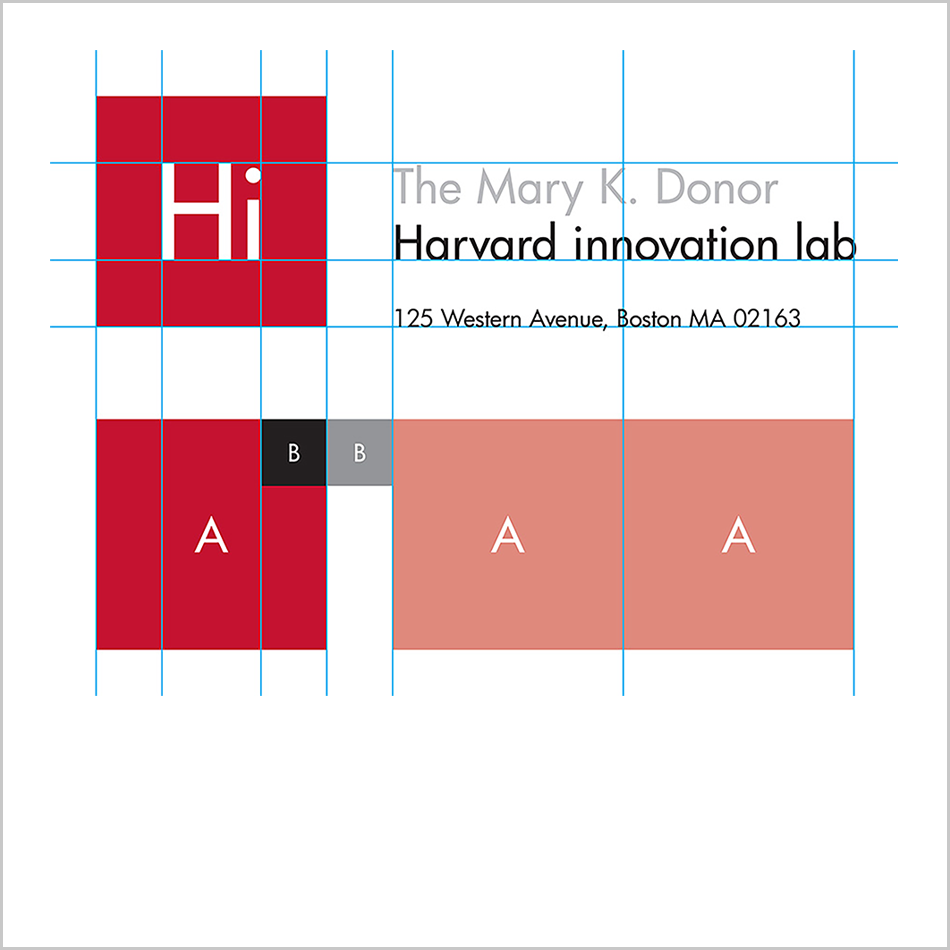 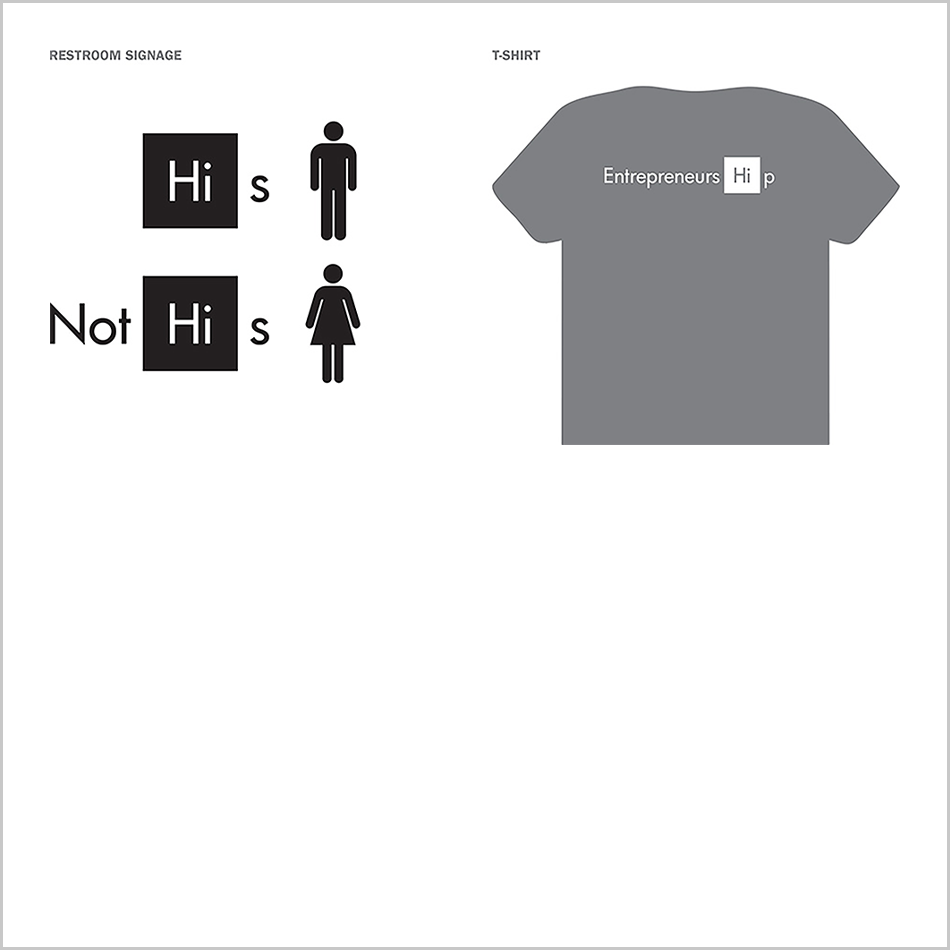 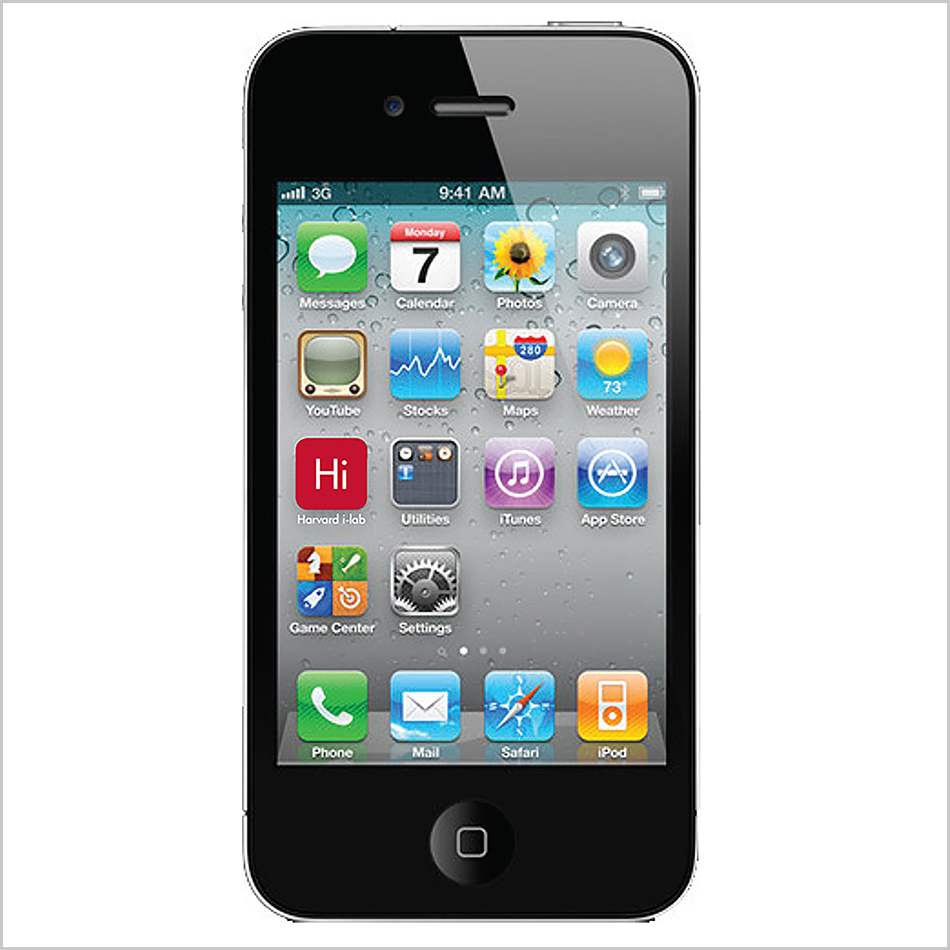 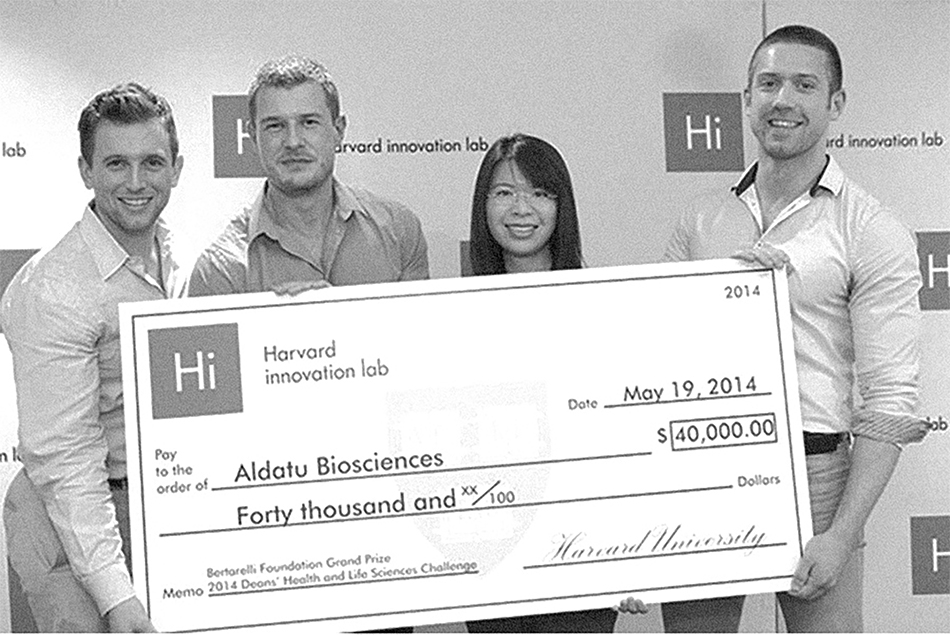 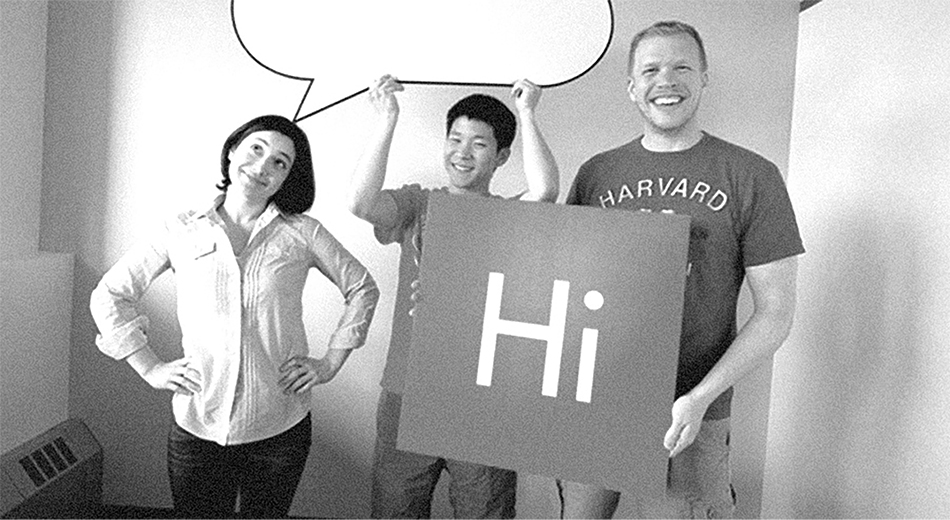 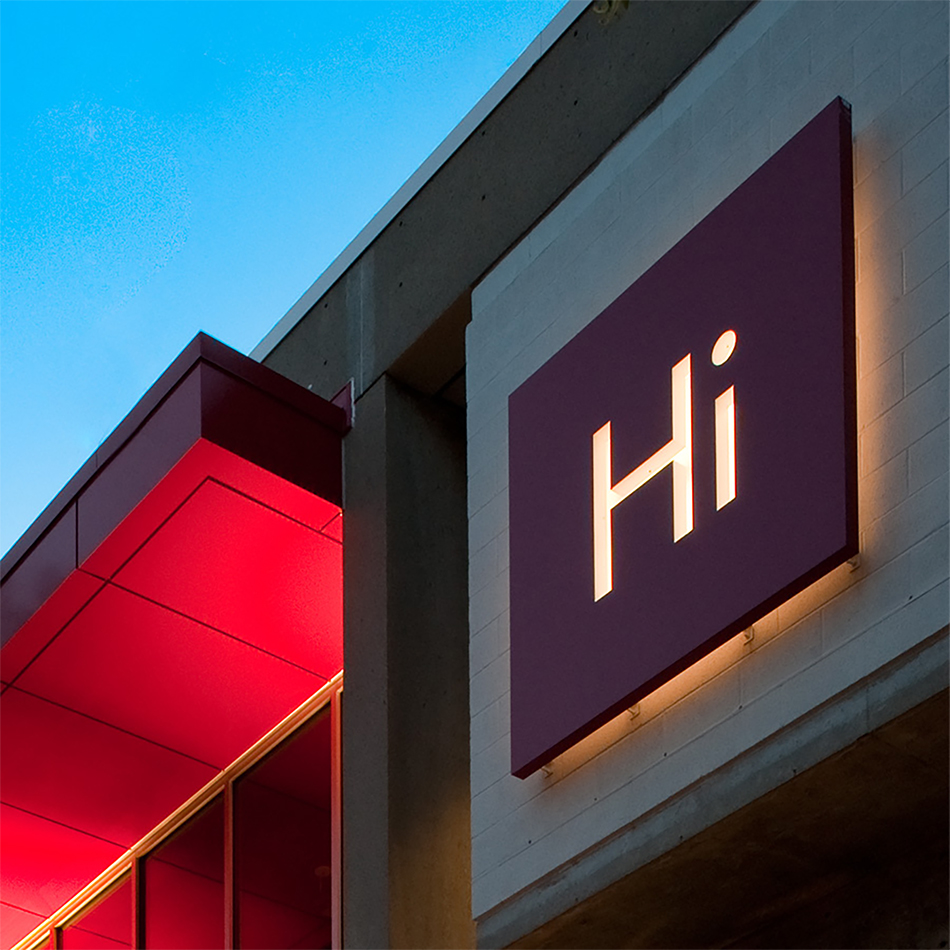 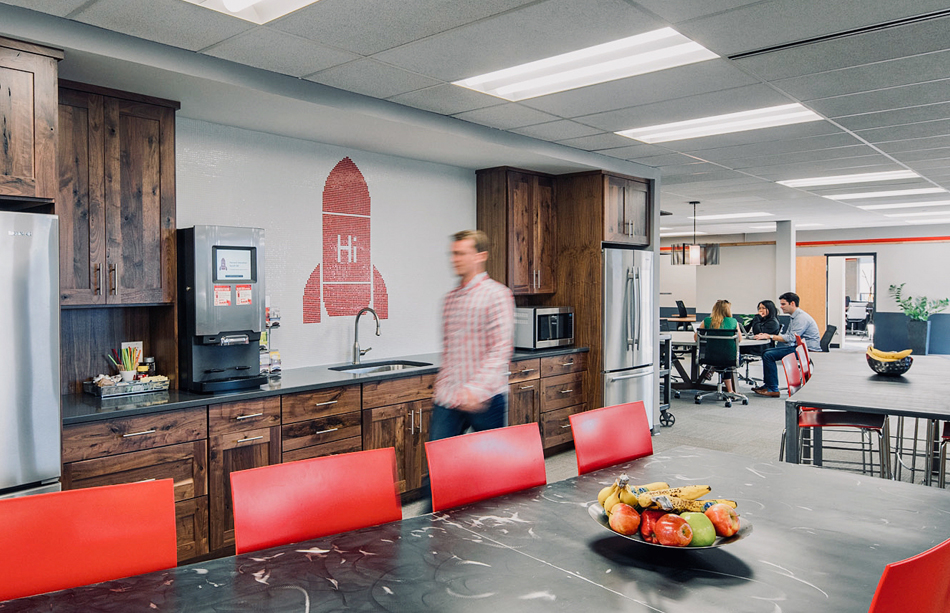 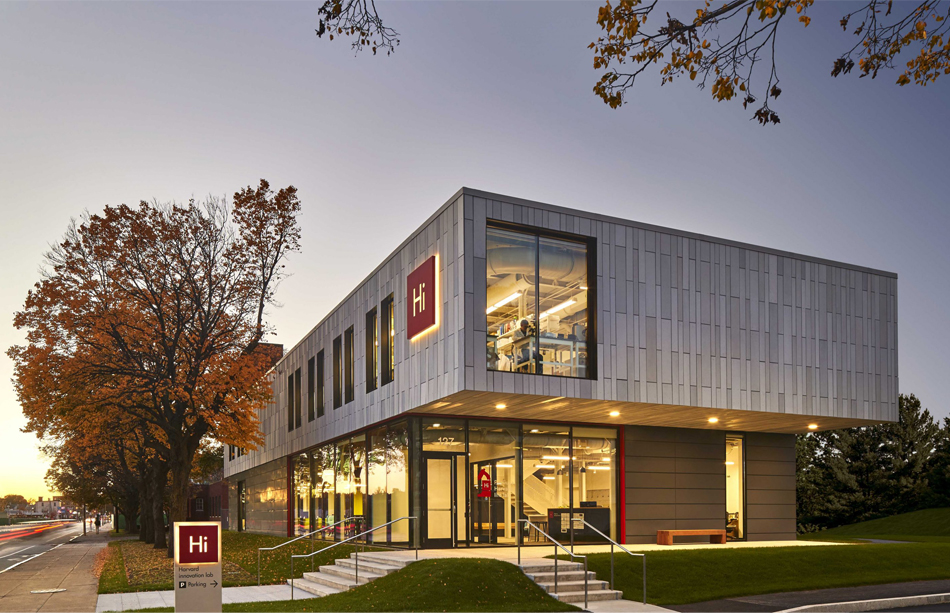