To promote and celebrate the Shepley Bulfinch Summer Design Fellowship— this limited edition poster was sent to nearly every architecture school in North America. As part of a comprehensive rebranding program we shifted from merely mailing a color copy flier to printing and distributing proper full-size (22″ x 34″) posters. The posted I designed in 2009 was in followed by annual poster designs from world class graphic designers including Pentagram, Non-Format, Experimental Jetset and Build. For the 2009 poster I decided to create an abstract linework graphic depicting the Summer Fellow disrupting or somehow inverting the firm. This started by drawing a slightly anthropomorphic, vertically oriented golden ellipse comprised of 149 black lines (one for each employee of the firm at the time, radiating from the center fo the ellipse). One addition line (in red represented the Summer Fellow). The linework was then “grouped” and then horizontally pulled over itself, allowing the shorter red line prominently remain as a bisecting element in the composition.

The design of this poster was very much influenced by John Maeda’s 2006 book The Laws of Simplicity. At the time Maeda, was teaching at the nearby MIT Media Lab. I even invited Maeda to give a guest lecture at the firm. Shortly after his talk at Shepley Bulfinch—Maeda went on to become President of Rhode Island School of Design. His work also influenced my decision to eventually study at the Dynamic Media Institute. 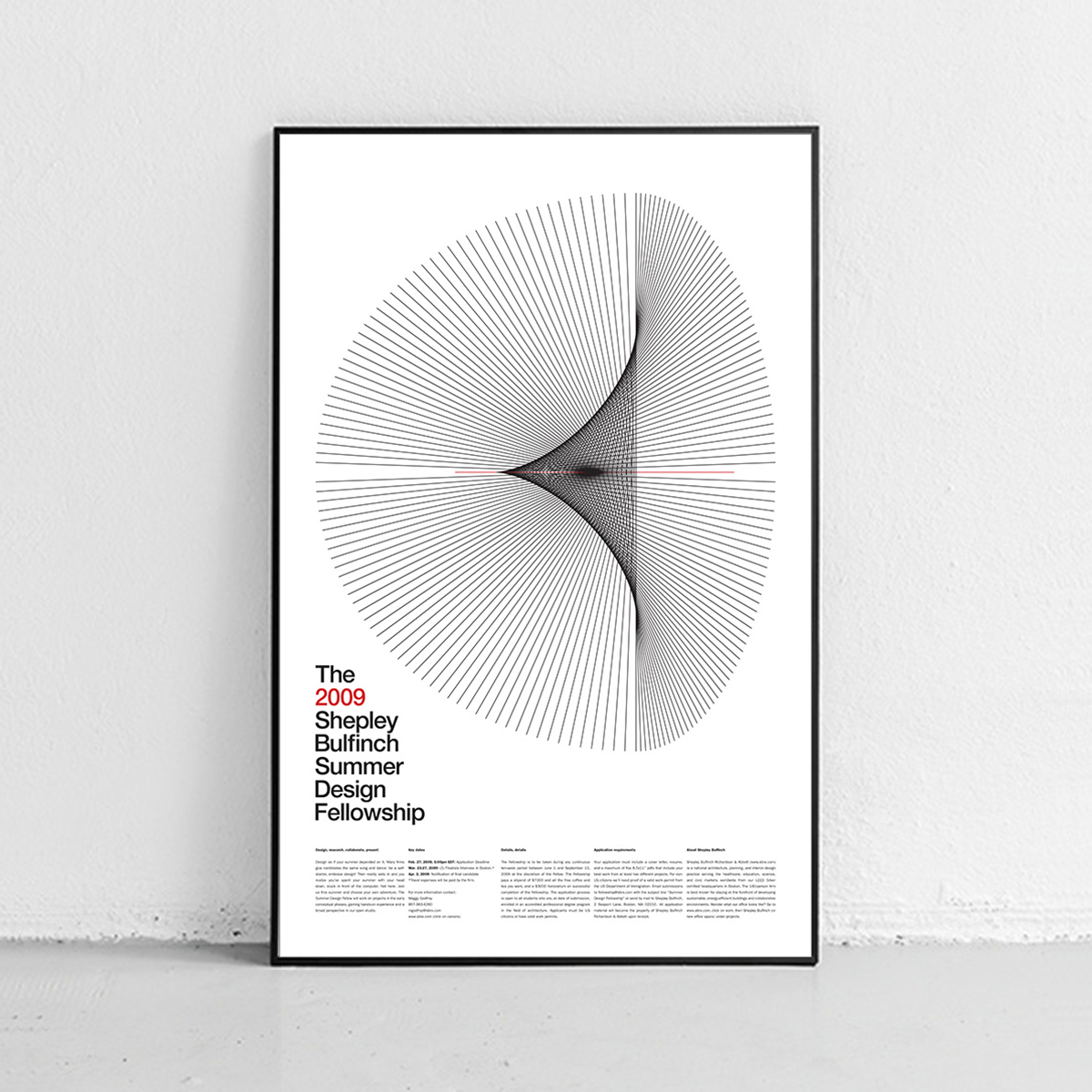